A new year, a new DECADE! So the perfect time to drop my list of fave artists, albums, EP’s and singles of 2019!
.
As ever music continues to inspire me and building friendships and trust with artists is so so important to me and i’m happy to support and champion any way that i can, promoting gigs, through interviews, hosting, artist development and of course through radio promotion. My grass roots knowledge of the music industry in the north of england continues to go from strength to strength demonstrated by my on air support of artists on Amazing Radio, XS Manchester and BBC Introducing in Manchester and West Yorkshire and my knowledge of the Merseyside Music Scene has been strengthened by my work with Mersey Rail Sound Station over the past year!
.
My fave single of the year was from a band who i was literally waiting to drop a song a year ago! Working Men’s Club have absolutely smashed it in 2019, i was fortunate to be able to catch up with Syd and the gang at both Sounds From The Other City Festival for Show Stream in May and again on BBC Leeds for BBC Introducing West Yorkshire just last week.. Teeth was my stand out single of the year and was ESSENTIAL in any DJ set. Raw music from the Calder Valley, invoking relentless spirit and energy but also retaining the industrial edge of the north. The album is due early summer on Heavenly Recordings and I can’t WAIT to hear it! 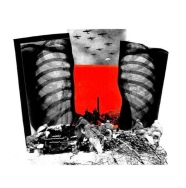 My favourite EP of the year also came from West Yorkshire and from a band that i can’t wait to see smash 2020! Far Caspian have been taking their first tentative steps touring europe of late and will be heading to SXSW in March! The Heights was a total triumph of lo-fi dream pop goodness , Conversations and These Times are definitely responsible for the genre ‘Leeds Indie’ appearing in my spotify wrapped! I got to interview them earlier this year for Amazing Radio and it was a pure delight! 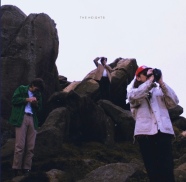 An array of incredible albums in my faves list this year which you can take a listen to on spotify here including the following (in no specific order):
.
Sam Fender –  Hypersonic Missiles
Psychedelic Porn Crumpets – And Now For The Whatchamacallit
Foals – Everything Not Saved Will be Lost Part 1
Francis Lung – A Dream Is U
Stella Donelly – Beware Of The Dogs
Self Esteem – Compliments Please
LIFE – A Picture Of Good Health
Sundara Karma – Ulfilas’ Alphabet
Pottery – No 1
Pip Blom – Boat
Girl Ray – Girl
Crushed Beaks – The Other Room
The Murder Capital – When I Have Fears
Sacred Paws – Run Around The Sun
Sharon Van Etten – Remind Me Tomorrow
Fontaines DC – Dogrel
DIIV – Deceiver
Marika Hackman – Any Human Friend
Lizzo – Cuz I Love You
The 1975 – A Brief Inquiry Into Online Relationships
Khruangbin – Hasta El Cielo
Billie Eillish – When Do We All Fall Asleep, Where Do We Go?
Little Simz – GREY area
.
My Favourite album of the year though? W.H.Lung – Incidental Music. 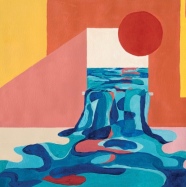 From it’s first motorik drum tones i was completely obsessed! Hypnotic synths, futuristic soundscapes and psychedelic tones that build and build into PURE euphoria. The live show is mesmerising and my chat with Joe and Tom earlier last year for Amazing Radio just solidified things for me, a class act!
.
Having been on the PRS judging panel for their recent momentum fund application I was proud to be able to share with the other judges just how monumental their music is. So hyped to hear what their PRS supported second album will sound like! Ps YES they’re named after that chinese supermarket in Manchester! ❤