It’s March, SXSW is over and i wasn’t there, boo.  I was secretly pleased that it rained (SORRY) and completely gutted that i missed the man, the legend, B(r)ill Murray!! He’s confirmed that he’s a man of musical taste though by asking Mark from Wichita to move out of the way so he could get a better view of the rad Girlpool!! If you haven’t checked them out yourself yet, well you’d better wrap your ears around the latest Wichita podcast HERE

Alright then, tonight you get to share the joy and your ears with a fabulous Scandinavian popstrel, Susanne Sundfor. She released her sixth album last month ‘Ten Love Songs’ and i’ll be playing three tracks from it on tonights show as my Record Of The Week #ROTW

This weeks #Shellshock is from The Chemistry Experiment who are releasing on the legendary home of indiepop Fortunapop who had some love from The Guardian recently HERE So well deserved! Tonights track is called Leo & the Magician and i think you’re going to love the Norwich outfits vintage feel.

This Saturday is one of those days where i’ll be kicking myself that i’m not in London village for the big indie label market, but fear not Domino Records will be there and i’m chatting to their signing on subsidiary Double Six Records All We Are on the show today at Swarmatrons, Dan Carey being ‘The King Of Vibe’, their eclectic recording space, the liverpool scene, their upcoming tour supporting The Vaccines and so much more!

Another Liverpool band, The Sundowners are on the bandstand this week talking about some musicians that they love at the moment!

That dude Andy Vonpip brings his epic music taste and voice throwing nectar to be this weeks tipster..

Saturdays 1-3pm on Amazing Radio on DAB, online at amazingradio.com or via our free iphone / android app too!

The Sundowners Interviewed :: Get Inuit on the Bandstand :: Dave Brown Even The Stars Blog Tips :: 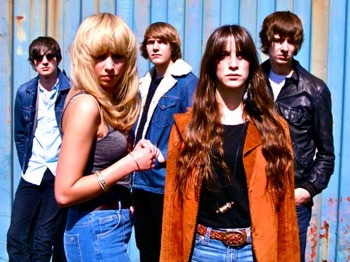